Creole, my great-grandfather, he was the father of Sandra Owens (my grandmother) 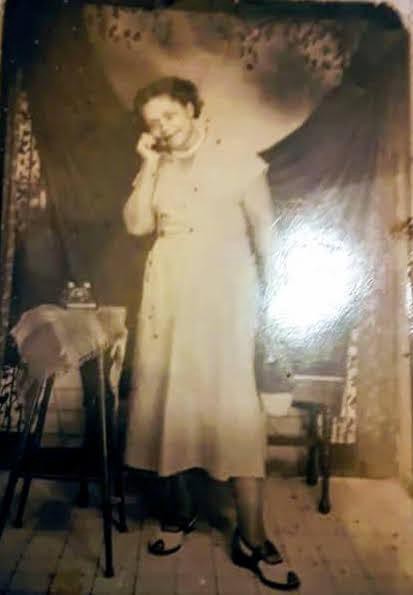 Roena – My great-grandmother was the mother of my grandma, Sandra Owens.

Barry Turnage is the only reason I exist on a human planet, but sometimes, I wish I hadn’t been born because I’m a product of rape. I NEVER knew what my father looked like in my whole life because I was frequently told that I firmly looked like my mother, even more, handsome than him. In 1991, Kimrala Owens met him for the first time in her apartment after moving out of her mother’s house. He was almost the same age as my mother. That makes him a bit older than her. They’re both artists. They shared a love for drawing, painting, and doodling. That’s where I got his gifts from. I’m an artist like my parents.

Kim happens to be a single black mother. She first told me about the rape that happened to her at 19, and I was only 9 years old then. She first saw early signs of my dangerous behavior that I was toying with a cat sexually. She suspects that I carry some kind of “predatory DNA“ from my father. When she first told me why I was brought into the world, she wanted me to know it’s NOT okay to rape somebody, NOT even animals. But after many years, I got older, and I NEVER blame myself for my existence, NOPE. I blame my mother for REFUSING to endorse reproductive rights or abortion activism due to her hyper-religious beliefs.

So I became an abortion rights activist, but NOT much of an activist. I’m strongly advocating pro-choice. So I felt that I have to be very honest with myself. I’m more than OKAY to know if my mother secretly wished that she aborts me in December 1991 or November 1992. It’s her choice, NOT mine. Yes, it was out of love to keep me alive, but she did it because she was brainwashed by extremist Christians and hyper-religious people telling her that she would go to Hell. She IMMEDIATELY believed them! I don’t believe in going to Hell for killing babies. Sometimes, you have to make human sacrifices to be happy. Why should I forgive my father for making my mother suffer in poverty? He doesn’t deserve anyone’s forgiveness. He should be in prison or dead.

I’m the only one in the family who goes to mental health services my whole life, only me!

My mother NEVER tried seeing a psychiatric therapist about my father raping her before I was born, and that’s NOT fair. Why am I the only one in my whole family seeing a shrink? She’s NEVER fully recovered from her mental health relating to her traumatic experience. While growing up under my mother’s roof as a kid, I’ve watched many ex-boyfriends, fake friends, and family members betray my mother since birth. They only DEMONIZE her while I’m alive. If I didn’t exist, would they treat her better? That’s what I wondered if her life would have looked like without me in it.

The only problem I have with my mother is that she didn’t APPRECIATE my help at all. She says I’m NOT supposed to get involved with her issues around adults. She always IGNORES my advice that I don’t trust her fake friends or boyfriends who PRETENDED to care about her. I always viewed those as a womanizer. They didn’t want to become my step-father and NEVER loved or did anything for me, but they would only see my mother as a sex object. Then they always left when they were done visiting, NEVER teaching me to play sports or asking how I was doing. They don’t care about my existence at all.

My mother says I’m a child and am NOT allowed to give her advice or feedback on her sex life. She didn’t even realize that I was trying to PROTECT her from heartbreak or another traumatic incident. It bothers me so much that she’s suffering in poverty because it’s affecting me badly.

If she’s sad, I get sad. If she’s happy, I’m delighted. Her pain is my pain. I’m trapped in her suffering.

Everyone in my family says I’m ungrateful and selfish because I got fed, new clothes, and school supplies from my mother. That’s why I called the child services hotline at my school complaining about her. I told Shauna Morgan, my school counselor, but NO ONE believed me because I couldn’t advocate for myself. They said I hurt her feelings. The problem is communication barriers because I’m profoundly deaf and don’t read lips well. I don’t always understand my mother when demanding to read her lips, and she doesn’t like using sign language. While growing up under my mother’s roof, I could NEVER use my voice to speak fluently.

Jerome/Gerrard is on the left side of the blue couch. He is sitting next to his two young brothers.

My 13-year-old self hit my mother’s face for the first time in my life. I STOPPED letting her whip me with the belt and started defending myself. I remembered throwing the belt away from her onto the floor. In the living room, Kim realized it was impossible for her to physically punish me with the belt anymore. I, at long last, started embracing my rebellion that very night in November 2005. That was because I was sexually abused by Marlo Kinnard (a former friend of my family). He used a belt to flog against me to keep quiet and stop crying after being exploited. It was too much for me because it triggered my PTSD flashbacks. At that time, I couldn’t tell apart between my mother’s disciplinary lessons and Marlo Kinnard when it comes to flogging, whipping, and belt-lashing. It confused me. I thought it had to do with sexual shaming.

I remembered watching my mother pick up her purse and car key, abandoning me alone in the house, and didn’t tell me where she stormed off. Little did I know at that time, Kim went over to Jerome’s house, NOT about 10 minutes away from her. My eldest cousin came to her house with the belt to make matters worse.

KIM (to Shawn): He wants to talk to you! Man-to-man talk! You hurt me!

Jerome raises the belt towards me to take beatings. I initially resisted him when he put his index finger to my face, gesturing in non-verbal communication to let him know that I wasn’t allowed to put my arms over my head in self-defense. The living room was a hot mess, and the couch was physically overturned. Letters and mail were scattered everywhere.

My cousin wouldn’t stop whipping mY NIGGA ASS for 45 minutes that night!

I got my ass buck-naked when my pants accidentally came off and had several bleeding lacerations on my arms, legs, head, and feet from the belt-whipping attack. It was so painful. I remembered yelping in pain as I sobbed loudly.

I NEVER grew up with two brothers as Jerome had. That is why he CAN’T relate himself to my traumatic experience. Jerome NEVER suffers from a lack of communication being disabled because he could hear/speak or had NEVER been sexually abused by someone when he was a child. He doesn’t understand me at all and still doesn’t know how to raise a Deaf child. Jerome NEVER had a disabled child in his life anyway. He only got five kids who are NOT disabled, but he’s a good father. He raises them well.

KIM (to Shawn): Now you understand why he hurt you because he doesn’t like hearing you hit your mom! He never hits his mama in the face! No child ever should do that! Only punks do that! You fuckin’ punk!

After my cousin left me alone to make sure I knew why I was being whipped and expected me to learn my lesson, that was the only communication he had for me: the belt-whipping punishment.

KIM (to Shawn): Look what you did to this room! Go clean up! Now!

I had to clean up the messy paperwork, mail, couch, and table to go back where these things belonged, and it took two hours to finish.

KIM: Go to your fuckin’ bed!

My eyes wouldn’t stop crying as I obeyed her and walked straight to my bed, crying about it overnight. We NEVER talked about it until the morning.

KIM: Do you know why your Cuz J whip your nigga ass? Why do you think he was here last night?

SHAWN (in Pidgin Signed English): Because I hit you in the face.

KIM: That’s right, you punk ass! Cuz J has problems with men like you beatin’ up women or mothers! It’s unnatural! That’s a sin against God!

KIM (CONT’D): When he was your age, he had two brothers taking care of their crack-headed mama. They watched many different boyfriends fuck her up. They can’t take shit anymore!

My eldest cousin had a traumatic history with the misogynist men who had hurt his mother when he was my age, my mother says.

KIM: You are supposed to protect me no matter what I do wrong! You never don’t ever put a hand on me! You dealt with it!

KIM (CONT’D): If you see anybody tried fuckin’ me up, it’s your job to protect me! I’m the one who feeds you, pays you for clothes, and buys you stupid Christmas gifts! I did all that shit for you! You punk ass!

My cousin NEVER bothered to visit or check on me at Missouri School for the Deaf dormitory. He NEVER taught me to play football or basketball. He NEVER taught me how to take balls like a real man. I mean, if Jerome wanted to discipline me so badly, he should’ve paid me a visit in my dormitory, so I would’ve been a lot different today in 2022. Sadly, that didn’t happen.

5 thoughts on “Four Traumatic Childhood Incidents In My Life”

I'm blogging on two websites: https://shad8black1992.blog/ and https://shad-occult-101.blog. * I'm initially an assignment at birth as a man, but I identify myself as non-binary, gender-queer, and demi-gender. I only accept gender pronouns as they, them, and theirs right now. So, please, don't even think about misgendering me, but if you don't have no respect for me. So fuck off my page! You would be met by countless theatrical eye-rolls and teeth-biting tones. Seriously, I kid you NOT! View all posts by 08081992